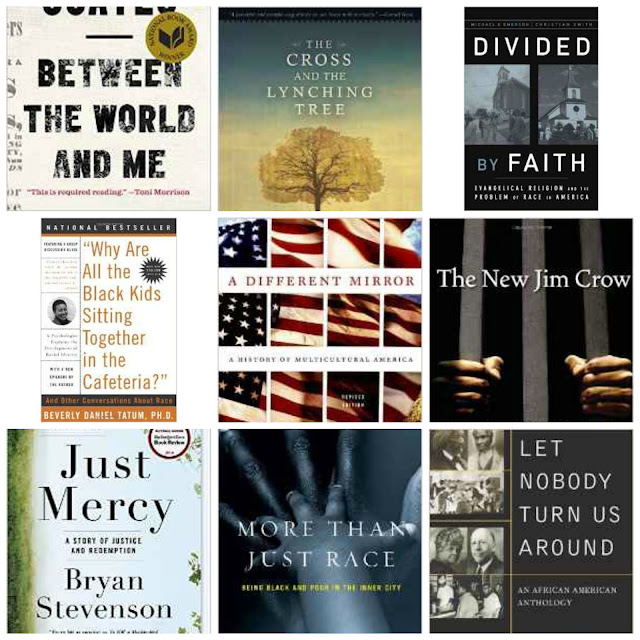 Maybe you read a news article on your Facebook feed or listened to a podcast and feel it's time for you to finally DO something about the injustices in our nation.

Perhaps it is time for that.

But our African American sisters and brothers have asked that before we speak, we be sure that we have done something else first: educate ourselves.

It's not the job of the African American community to teach white people about racism, so we must intentionally and humbly lean in, listen and learn how white culture is killing black lives.  Specifically, they want us to grasp our role in the visible and invisible structures that are threatening to crush them.


The following list of resources is far from exhaustive, but will serve as a springboard for those who want to learn more about racism in America right now. Most of the resources are current and ones I've run across in the past six months, but do not include news events or historical documents.

Though I've read all the articles and listened to the podcasts in this post, I'm still working my way through the list of books, all of which come highly recommended by others.  Please add additional resources in the comments section of this post. 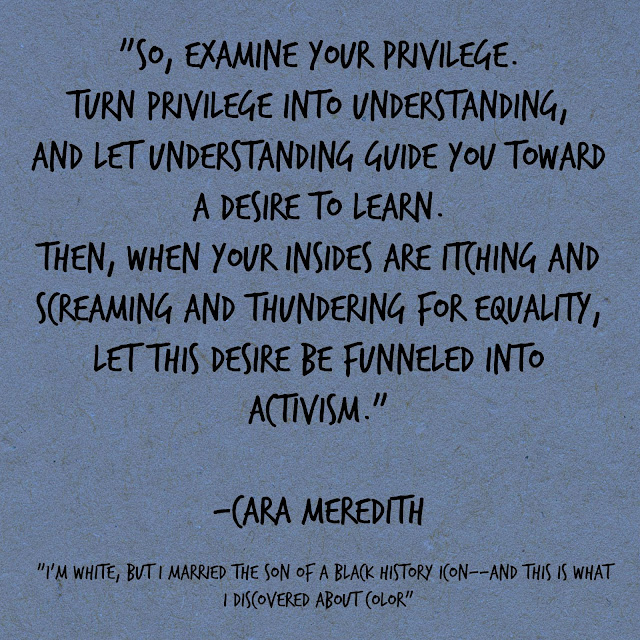 The Liturgists
Episode 34--Black & White: Racism in America
(If you only have time to listen to one podcast from this list, I would recommend this one.  It's nearly two hours, but it's so packed with insight that you'll want to listen again.)

Code Switch: Race and Identity, Remixed
Can We Talk about Whiteness?


On Being (with Krista Tippet)
Michelle Alexander--Who We Want to Become: Beyond the New Jim Crow


The Practice
Stories of Resurrection in Race

Deidra Riggs on Women of Color Writers, the Church, and More

Jo Saxton on Post-Christendom, Discipleship, and Being a Woman of Color


This American Life
Part I:  The Problem We All Live With

Part II:  The Problem We All Live With
(On segregation/integration in schools.)

How Parents Talk to Their African American Sons about Police

Talking to Our Kids about Race:

How to Talk to Kids about Race and Racism

Like Me, Like You Kids
A place to buy toys and decorative items for kids that reflect diversity. From the site: "Our hope is to curate beautiful products that allow children of color to see themselves in the art, books and toys they interact with daily. We also hope that children of all shades would grow up appreciating the gift of diversity - like me, like you."

28 Black Picture books that Aren't About Boycotts, Buses or Basketball

It's Not a Multicultural Church if... by Starlette McNeill at Raceless Gospel

When Christians Won't Say #BlackLivesMatter by Kevin Wright at Huffpost

How White Privilege Affects 8 People of Color on a Day-to-Day Basis, by Paige Tutt for Bustle

I'm White, but I Married the Son of a Black History Icon--And This is What I Discovered about Color, by Cara Meredith at For Every Mom

On a Plate: A Short Story about Privilege

The Problem with Saying 'All Lives Matter,' by Tyler Huckabee for Relevant Magazine

White Privilege: Lessons from a White Mama of Black Children by Christy Richardson at Elephant Journal

White Privilege and What We're Supposed to Do About It, by Kristen Howerton at her blog, Rage Against the Minivan

**White Privilege: Unpacking the Invisible Knapsack, by Peggy McIntosh
(This checklist is used all over the country in college classes to teach about white privilege).

The Recipe: A Reflection on Black Womanhood by Austin Channing Brown at her blog

4 Things 'LEMONADE' Teaches Us About Black Womanhood by Courtney Hall Lee at Sojo.net

Why White People Freak Out When They're Called Out About Race, by Sam Adler-Bell for Alternet

The Heartbreaking Reality of Raising Black Children in America, by Jacalyn Wetzel for the Huffington Post

I Used to Lead Tours at a Plantation. You Won't Believe the Questions I Got about Slavery., by Margaret Biser for Vox

On Race, Rights & Raising a Black Son: An Interview with Rachel Yantis at Scraping Raisins

Out of Sight, Out of Mind: Why White Moms Need to Care about Murdered Black Children, by Danielle S

To the White Parents of My Black Son's Friends, by Maralee

What You Can Do: 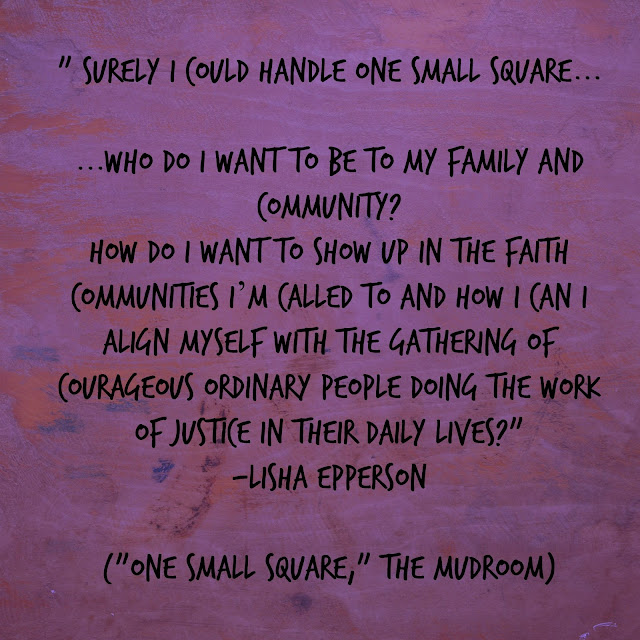 One Small Square, by Lisha Epperson for The Mudroom  (The Mudroom did an entire series on race in June of 2016 that was fabulous.)

What You Can Do Right Now About Police Brutality, by Ijeoma Oluo for Huff Post Blog

The Case for Reparations, by Ta-Nehisi Coates for The Atlantic

Ok, White Folks, Here's What You Can Really Do to Help, by Pastor Jonathan Brooks

The Ugly Truth about Diversity at Scraping Raisins


A Different Mirror: A History of Multicultural America

Between the World and Me

The Cross and the Lynching Tree

Divided by Faith: Evangelical Religion and the Problem of Race in America

Just Mercy: A Story of Justice and Redemption

Let Nobody Turn Us Around: An African American Anthology

More than Just Race: Being Black and Poor in the Inner City (Issues of Our Time)

The New Jim Crow: Mass Incarceration in the Age of Colorblindness

The Warmth of Other Suns: The Epic Story of America's Great Migration

Why Are All the Black Kids Sitting Together in the Cafeteria: And Other Conversations About Race

These voices--both white and people of color--are bravely speaking out about racism in our country.  If you subscribe to their blogs, follow them on Twitter or "like" their pages on Facebook, then you'll be sure to always be kept abreast of the latest that is going on in the African American community.

**Kristen Howerton/Rage Against the Minivan


This list barely scratches the surface of the resources available, but I hope that these passionate voices will start you on your journey toward self-education in matters of race and racism.

Feel overwhelmed by the vastness of the problem?

It helps to remember that though the nation is a quilt of many squares, you are only responsible to do your part in toppling racism by "tending to your one small square"--that corner of the world God has placed you in for such a time as this (Lisha Epperson).

Mourning and the Duty to Delight

The Ugly Truth about Diversity

On Race, Rights & Raising a Black Son: An Interview with Rachel Yantis

Note: This post contains affiliate links. If you click on a book and buy it through Amazon, you will not be charged extra, but I will receive a very tiny commission.